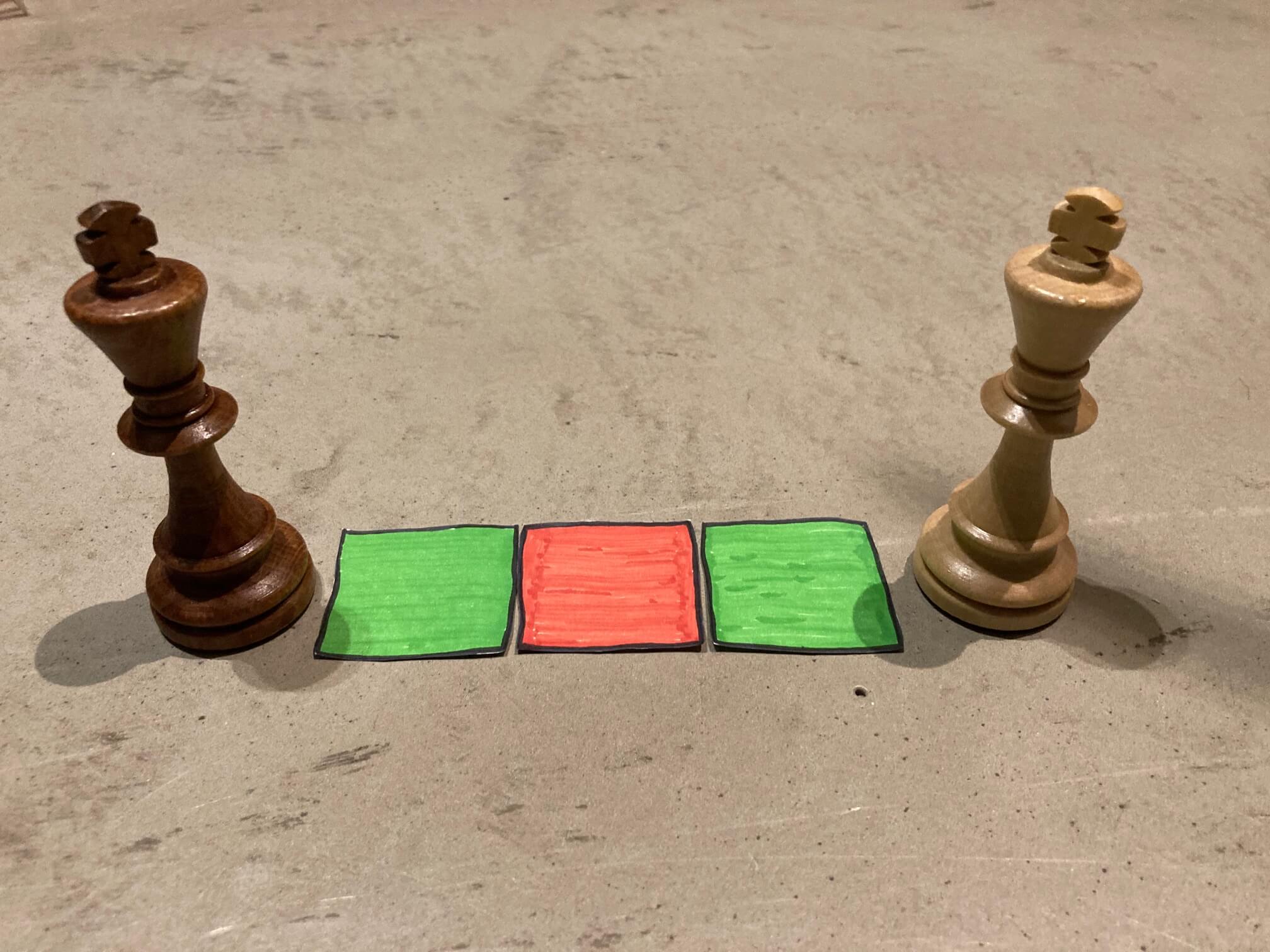 The Secrets Of Distant Opposition In Chess

Distant opposition is about extending the concept of standard opposition.

Having the opposition in Chess means that it is your opponent’s turn to play, and he therefore has to leave the square and let your King outflank him. Getting the opposition is a powerful way to force the other King away, and thus reach important squares.

The opposition is never an end in itself, but rather a way to move your King to a key square. Thus, having the opposition is always an asset, when trying to outflank your opponent, or to prevent the opponent to move in case you are on the defensive side.

Is There More Than One Sort Of Opposition !?

What we are going to see in this article is an extension of the concept of opposition: the distant opposition. In that configuration, even though the Kings are not directly facing each other, whoever is moving also allows the other King to access important squares.

The first case is the diagonal opposition. Here as well, having the opposition means that it is your opponent’s turn to play.

Another interesting setup of distant opposition can be seen when the Kings are in front of each other, separated by three squares.

In that example, White had the opposition because the Kings are separated by three squares.

Which translates into the following, simpler, rule: you have the opposition when both Kings stand on squares of the same color and it is not your turn to play.

Defending Thanks To Distant Opposition

In how to defend a King and pawn endgame, I have explained that to win, the side with the pawn must have a King in front of the pawn and the opposition.

And this is how you get a draw with Black from this position ! Of course, if you have never heard about distant opposition, finding the move 1… Ke6 is incredibly hard, while it is reasonably easy if you know your endgame principles.

You know the rest of the story: White reaches a key square, brings the King to the sixth rank, and wins. Now, back to the start position that is a draw, White can play some tricky moves to try to confuse Black.

Finally, you may wonder if taking the “rectangle opposition” with Kg6 also works for Black after White plays 1. Ke2. Let’s find out !