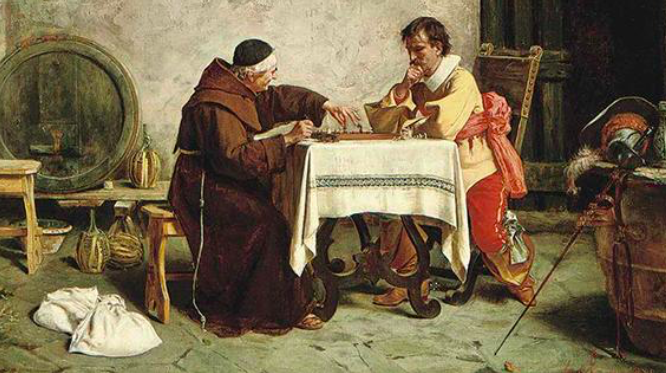 The Hungarian Defense is a variant of the Italian Game, a very rich opening system.

Those two moves are excellent. Bishop to c5 is the start of the solid Giuoco Piano, whereas Knight to f6 means we are going into the dangerous waters of the Two Knights Defense.

Those two conditions make 3… Be7 worth considering, at the very least. But this move also gives White some choice in the next move.

In the Open games in general, and in the Italian game in particular, White is often trying to achieve a strong d4-e4 pawn center.

To be honest, we know that in those positions similar to the Philidor defense, Black’s issues are not solved once Black has played exd4, so there is still a lot to play for here, as we will see later.

But again, maybe White wants to get the c3-d4-e4 center. Is that possible ?

So here is what happens in a nutshell: White is forced to play d3 soon and we come back to a sort of Giuoco Pianissimo usually arising after the Two Knights defense. Here White’s advantage is very small albeit real. Hence, the move 4. c3 does not help White to build a strong pawn center.

As 4. c3 does not completely work to establish a strong pawn center, White often tries something else. Castling short is another attempt for White to claim an advantage. This is indeed probably better.

Then after Nf6 , if White wants to protects the pawn, d2-d3 has to be played and you come back to the same sort of Giuoco Pianissimo arising after the Two Knights defense. Good, but maybe you can get better.

So, probably, O-O followed by d2-d4 is a good way to play against the Hungarian defense. But then, why not play d4 before Black gets the opportunity to attack the center with 4. Nf6 ?

4. d4: the Main Move in the Hungarian Defense !

We have seen that c2-c3 and O-O transpose to some lines of the Italian game in which White only has a small plus. So, let’s see now the strongest reply for White.

Black Protects the Pawn with d7-d6

Here, there is no forced win for White. But this endgame is clearly better for White. So you should really choose this variation with White if you are looking for a safe and long-lasting advantage.

This variation is better for Black here than in the Scotch game (where it was losing !)

Be careful with Black ! The previous line shows that you can quickly get into trouble after just one inaccuracy.