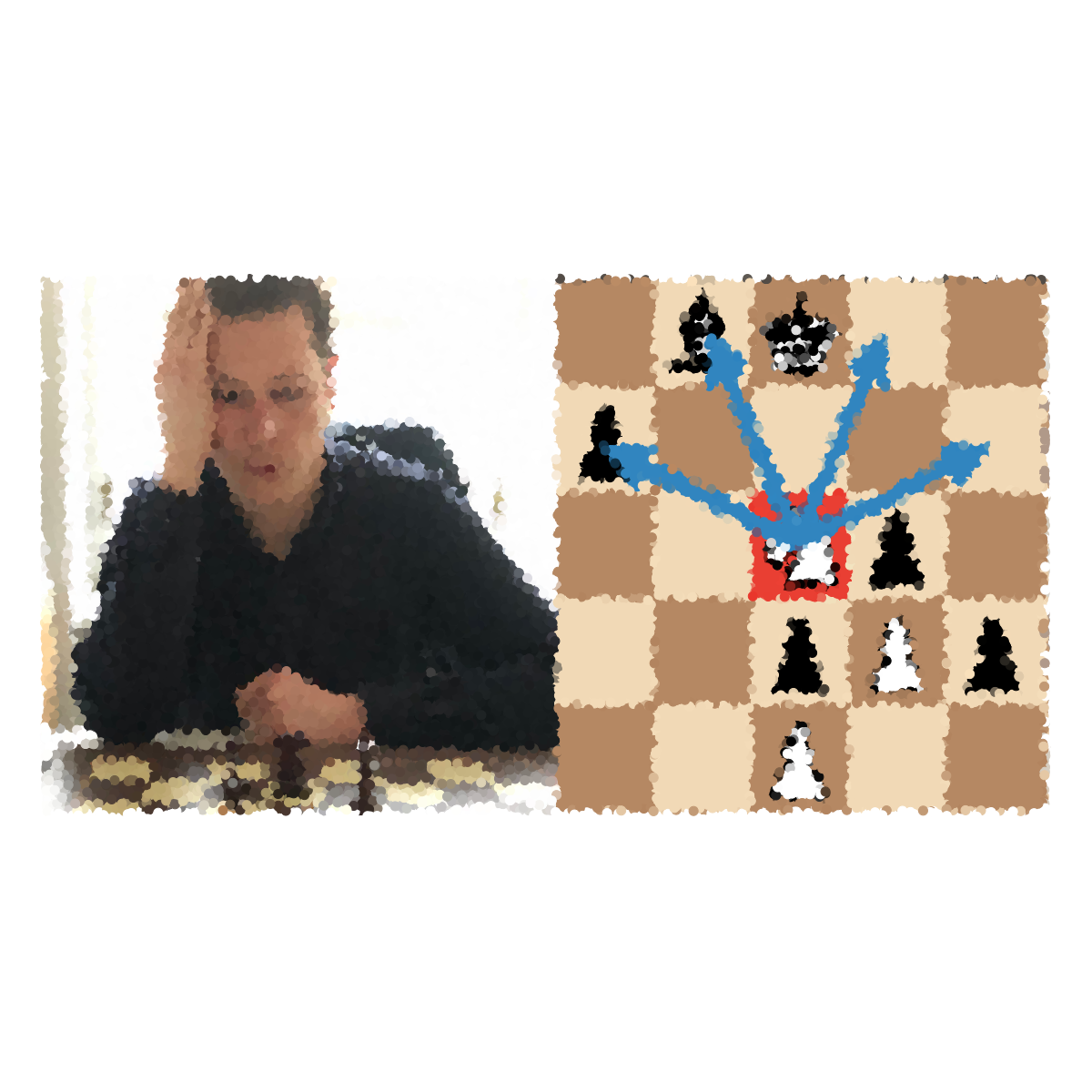 The Knight on the Sixth Rank

Chess strategy, maneuvering pieces to favorable positions and initiating favorable trades, is one of the three pillars of every chess middlegame (tactics, strategy, and positional play). One of the best examples of employing chess strategy successfully, and the absolute dream piece of every player is a knight safely outposted on the opponent’s 6th (or, conversely, 3rd rank).

This monster piece, often referred to as the octopus knight, is, or can be, a menacing attacking weapon, a tool to strangle your opponent’s position, or the key to promoting a pawn into a queen. In short, a knight on the 6th is considered to be a close to a winning advantage, and is often extremely hard, or even impossible to deal with or get rid of without sacrificing material.

In this article we will:

Along the way you will find numerous example games in which players have gotten their octopus knights, and I will try to dissect the features of such positions and what led to the winning maneuver. In the next article, you will find a series of exercises about Knight on the sixth rank in which you will be required to play like a GM! You will create strategic plans, create outposts, trade pieces favorably, and maneuver your knights onto the 6th rank !

The prerequisites for a knight maneuver to the sixth rank

A weak square or an outpost

What has to be said, and highlighted, is that a knight does not require an outpost to reach or occupy a weak square on the 6th rank.

As we will see in several examples, an octopus can be deadly even unsupported. But having an outpost makes the knight much more stable (and, as mr. Finegold would say: “Horses need to be stabled!”) and dangerous. It’s not a tactical liability if it cannot be captured.

As John Nunn writes in his “Understanding Chess Middlegames” (p.80): “An outpost is a square in the opponent’s part of the board from which a piece cannot be driven by an enemy pawn. If an outpost can be permanently occupied, it can confer a large or even decisive advantage.” An outpost is a protected square, first of all, meaning that if you get a piece into it, the piece will be defended by one of your pawns. Secondly, a square is an outpost only if enemy pawns on adjacent files cannot challenge it, which means that the enemy will be unable to remove your outposted piece without either trading an equally valuable piece or sacrificing material. Which brings us to the next point.

Strengthening a color complex or a square by using piece trades

If you get your knight into the heart of your opponent’s position, and he just trades it off, you haven’t really achieved much. A maneuver has to be prepared by initiating favorable piece trades; those that will make the target square weaker. As an example, let us imagine a dream square for our knight in a King’s Indian Defense pawn structure.

And now we come to trading pieces in order to strengthen a color complex, or, more specifically, an outpost.

So a favorable trade in this position, one that would make our knight maneuver much more effective, would be trading our e2 bishop for black’s c8 bishop.

Once you see a potential square on the 6th rank for your knight, the first thing you should think of is weakening it!

Every piece maneuver, especially a sophisticated and powerful one as getting your knight in the middle of your opponent’s position, has to be well thought through, planned, prepared, and only then executed. Thinking long term is the key here. Once you notice a potential for a knight maneuver (meaning that you spotted a weak square your knight may occupy), stop and think. Believe it or not, most people never achieve a position in which they have a “dream” piece simply because they don’t think long term.

Here is an example:

I would choose d6! And mr. Pillsbury had that exact idea. Now comes the hard part; creating a strategic plan to do so.

The first question you have to ask yourself is: “How many moves would it take me to get my knight into d6?”. The answer is simple, it always is.

Now how can you hit two birds with one stone? How can you both free up the c4 square for your knight and create a solid outpost on d6? The move is obvious and easy to find with using correct thinking: c5! Once you play c5, you will be able to play your knight maneuver and the knight will be on d6 forever, probably meaning a winning advantage for white.

We are now going to go over five real game examples in which a knight was successfully brought to the 6th (or 3rd) rank and utilized well enough to have brought the player a winning advantage.

Real game examples Of A Knight On The Sixth Rank

The first thing is noticing the weak square. In this case it is obviously the d6 square. Black’s dark squared bishop is still on the board, but is for the moment unable to contest it. And white still has his bishop, so he will be able to further weaken d6 if necessary. The next thing is imagining a path for our knight to get into d6.

If we want to get our knight into d6, the first thing we have to do is secure the square. The next move is therefore the only natural one: c5! With c5, white creates an outpost and, very importantly, stops black from playing b6 easily, which would make c5 impossible.

White has indeed succeeded with his plan, and the knight, even undefended by a pawn, was a very dominant piece and ruled black’s position for the rest of the game.

This game is a perfect example of how a knight can put a stranglehold on an entire side of the board, rendering the opposing player completely unable to develop, move, and fight !

This gave white an opportunity for a tactical move which started the execution of his long term strategic plan of installing his knight in the heart of black’s queenside. Let us start with the idea.

How do you stop b5 ? Maneuver the knight to b6 ! Now if you do that immediately, black will just take it. The b6 square needs to be made into an outpost.

Getting your knight into a perfect position often requires further care though. Black did his best to try and liberate his queenside, but white managed to secure the defender of the b6 square, the c5 pawn, further, by responding to black’s attack perfectly.

The game is now strategically winning for white. Black is virtually playing two pieces down. His queenside rook and bishop will not be participating for a while. The final part of converting a dominant position like this is bringing in reinforcements.

This example may seem a bit too perfect, but it’s what very often goes unpunished in real games, especially below grand master level. This was simply a matter of punishing a mistake. Of exploiting the weakness of your opponent’s last move. That is how Alekhine managed to crush Bogoljubov with his Knight.

Alekhine seized the moment, and, even though it may sound absurd, went on to prove that one pawn move on the flank lost the game for Bogoljubov.

Before a4, getting our e7 knight into d3 was a dream.

He went for that plan straight away, and even managed to improve his other piece simultaneously.

With the knight installed on d3, black now dominates the center and the queenside. In conjunction with his pawns (at least one passed pawn) on the queenside, that constitutes a winning advantage.

The game was over in a matter of moves. Bogoljubov decided to go for a queen trade instead of retreating. He captured on e8, and after Alekhine captured bxc3, the c3 pawn was unstoppable. Why ? Because its queening square is dominated by the knight on the 3rd rank.

This game gave the knight on the 6th/3rd rank its nickname. It is often referred to as Kasparov’s octopus knight game. Interestingly, the knight did not use an outpost in this game. It stood its ground undefended in the middle of Karpov’s camp. I thought about featuring this game for a long time, since it’s the most famous example of a monster knight, but I just couldn’t make myself skip it.

We will start in a seemingly innocent position.

So now, having seen all of that, we need to come up with a plan. We need to use all of that information to improve our position and make white’s position worse. Which piece on which square would:

The octopus knight on d3 ! It seems almost like a vague hope in most open positions, especially when you have no pawns on e4 on c4 to support the knight, but Kasparov did it anyway.

Having a knight on d3 is not enough to win, though. Kasparov continued increasing the pressure on white’s position by playing b4, by getting his a rook to the other uncontested open file, and by initiating a trade of the dark squared bishops.

I would strongly recommend that you go through this entire game yourself, especially the conversion. It is one of the most beautiful examples of just how versatile and powerful a knight can be.

Knight On The Sixth Rank: Conclusion

In this article you have learnt: 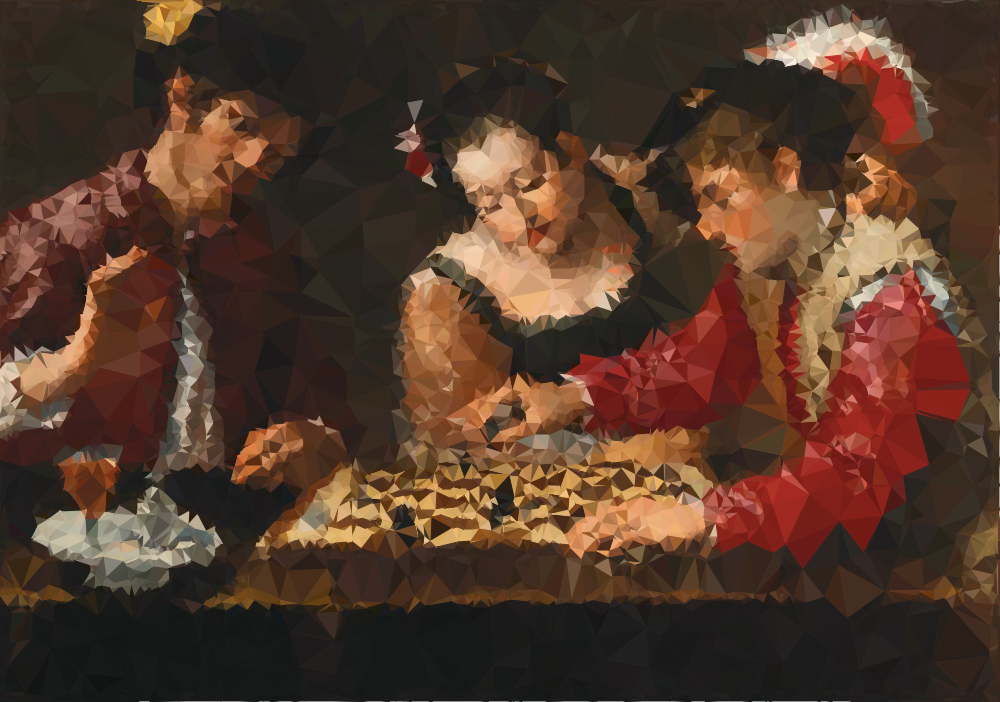 The Nf5 sacrifice in the Sicilian

Chess strategy, maneuvering pieces to favorable positions and initiating favorable trades, is one of the three pillars of every chess middlegame (tactics, strategy, and positional play). One of the best examples of employing chess strategy successfully, and the absolute dream piece of every player is a knight safely outposted on… 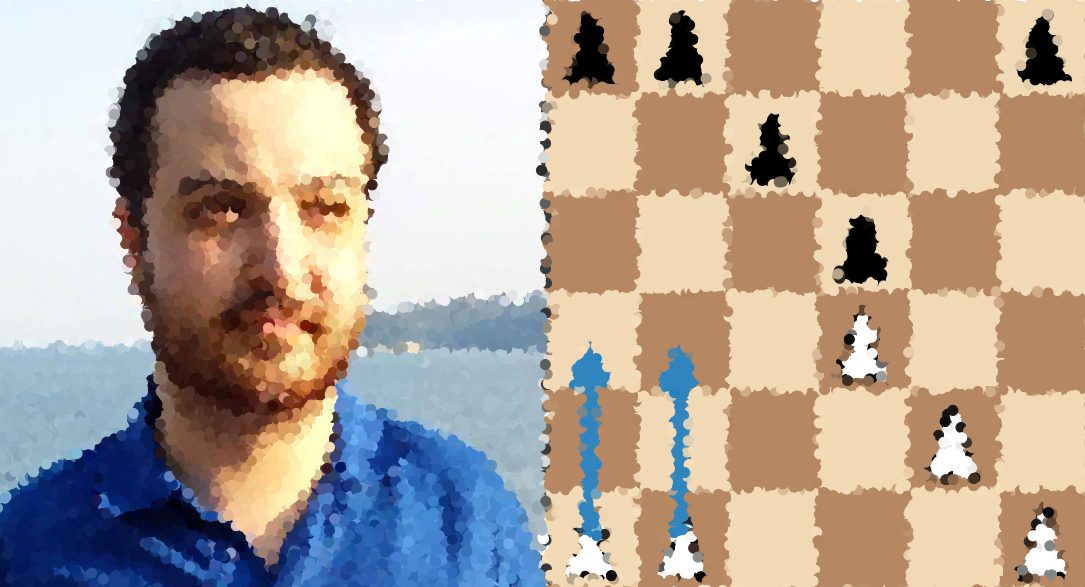 Planning in the Carlsbad Structure – Botvinnik-Keres 1952 (1)

Chess strategy, maneuvering pieces to favorable positions and initiating favorable trades, is one of the three pillars of every chess middlegame (tactics, strategy, and positional play). One of the best examples of employing chess strategy successfully, and the absolute dream piece of every player is a knight safely outposted on…