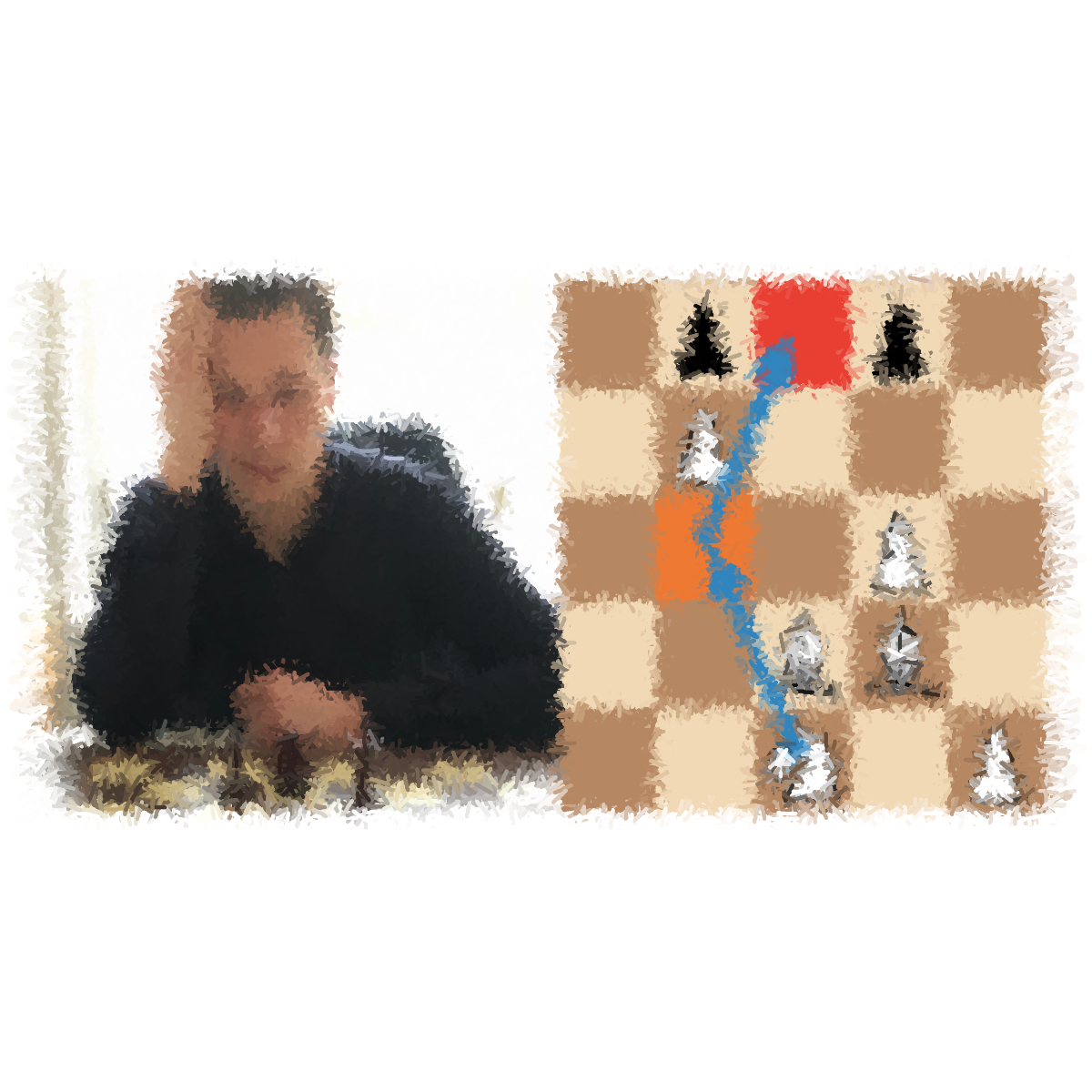 The Knight on the Sixth Rank: some quizzes

This article will put you at work ! After reviewing a last game where Grischuk successfully managed to place his Knight on the third rank, you will have to solve five exercices in order to test your understanding of the so-called octopus Knight. So, are you ready for some quizzes about the Knight on the sixth rank ?

This game features a decision often either frowned upon or not even considered by weaker players: giving up the bishop pair. Grischuk came up with a brilliant strategic plan which included trading pieces to weaken a color complex and an outpost, a knight maneuver onto the 3rd rank, and then went on to secure his knight permanently. Needless to say that the octopus brought him the decisive advantage.

We will start in a position which may not seem all that obvious. It isn’t easy to visualize a monster knight. Let us try to reconstruct Grischuk’s thinking processes.

Chess is a very simple game in its nature, and all the information is available to both players. Why did white play e3 then, thus irreparably weakening his structure and giving Grischuk the d3 square on a plate ? Well, chess is also a game of compromise. White had to stop black from playing e3 himself. He simply chose the lesser evil.

Coming back to Grischuk’s thoughts. Here we have a position in which white just played e3, weakening d3. And we have two knights on the board.

Now let’s come up with a way to achieve that. We see that d3 is weak. We see a route for our knight to get there: we can simply play Ne5-d3.

So what do we do about that ? We have to weaken the light squares, especially the d3 square. Which piece is defending d3 ? The c5 knight. If it weren’t there, our plan would work.

Now that the square is weak, and the defenders have been removed, Grischuk moves on to stage two: securing the outpost.

Ba6 is a dominant move which gave him enough time to start the final phase of his plan: creating an octopus knight on the 3rd rank. White tried to parry that, but the a6 bishop served as cannon fodder. Grischuk used it with tempo.

Now let us ask ourselves, what can white do about this monster knight? If I were white, I would desperately try to trade it off. The only piece that can do that is the g2 bishop. That would come at a cost though. Trading off your fianchettoed bishop always leaves you with weaknesses on its color complex.

And white did not find a way to evict the knight. Grischuk kept increasing the pressure and eventually won. Now why is the d3 knight such a big, even winning strategic advantage ?

Test your skills: Quizzes about the Knight on the Sixth Rank

These 5 exercises should be solved over a real board, without moving the pieces, and without using an engine (not that it would be of much use). Take your time, and, if you get one wrong, get back to it and try again. Learning how to create strategic plans is one of the hardest things in chess.