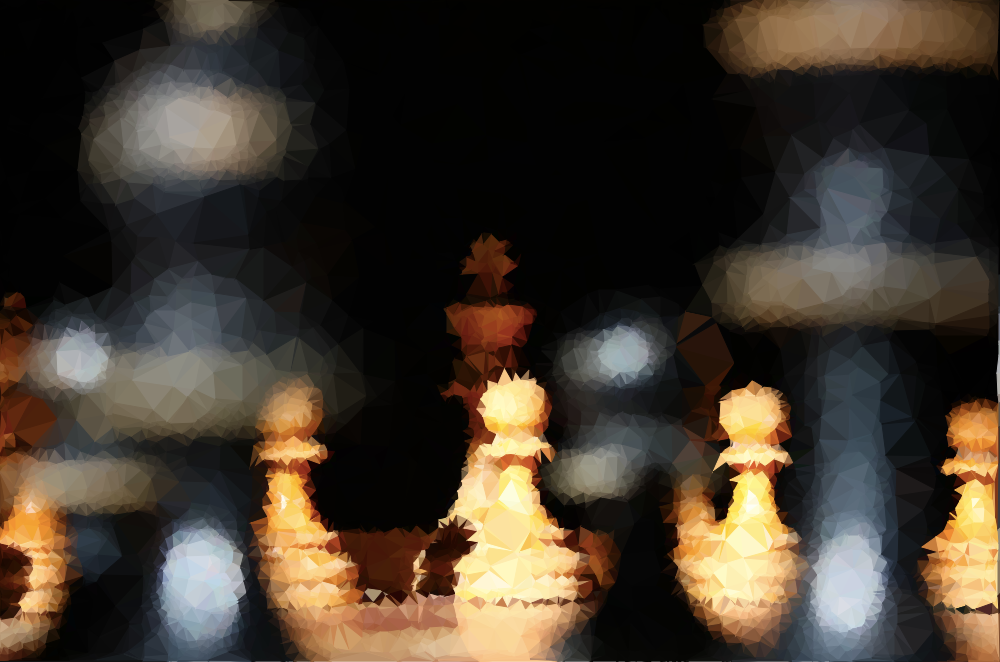 From Middlegame To Endgame With A Material advantage

The term middlegame to endgame transition only sounds complicated, material advantage or not. In reality, it means trading pieces off until there is not enough material for a strong attack on the king. In other words, simplifying a position dramatically, thus entering the endgame phase of the game.

In my previous article, I dealt with generic principles about transitioning from middlegame to endgame. Now, we are going to look at this a little bit deeper.

From Middlegame To Endgame With A Material Advantage

In middlegame positions where you have a material advantage, always consider transitioning into an endgame! That means, consider trading pieces off, most importantly rooks and queens.

If your material advantage is two pawns or more (3 pawns, a piece, etc.), a king and pawn endgame will be winning almost without exception, so you should go from middlegame to endgame !. That means that the safest route is playing simple chess and trading everything off until your opponent resigns. An exception to this is a position in which you can win by checkmate, in which case material is irrelevant.

If your material advantage is, as in most practical high level games, just a pawn, things get more complicated. There are numerous theoretically drawn endgames (Philidor, rook pawn and king versus king, two minor pieces versus one, etc.), and you will have to make sure not to simplify hastily.

Here we come to the consideration of the pawn structure without the pieces on the board. I will give you several examples of how to do that.

Imagine position with no piece left

If you are a pawn up, imagine the position with just kings on the board. Is your extra pawn enough to win ? Look at the king and pawn ending first. Here the knowledge of theoretical king and pawn endings is essential, and knowing opposition, triangulation, key squares and other basic rules is a must. Otherwise your prediction may be false. Always try to reach a definite conclusion: is it winning, losing, or a draw ?

The next step is considering the position without the queens if there are queens on the board. Queens are great at picking off weaknesses and forking pieces. Sometimes a queen trade will make your unhealthy extra pawn a dangerous asset. The easiest way to determine whether you should trade queens or not, and thus take the hardest step towards an endgame, is to look at king safety and to count weaknesses.

King safety is not the topic, so I will just briefly say that whoever has a safer king want the queen on the board as a general rule. When it comes to planning a potential endgame, weaknesses are the key feature when considering a queen trade. Whoever has more weaknesses, wants to trade queens (generally). So even if you are a pawn up, and your opponent has three targets your queen could harass, don’t trade! Imagine the queens off the board. Did the position become easier or harder for you to play ? That is the question! Not how closer you got to queening your extra pawn.

Next up are rooks. Determining whether a rook trade is favorable in a middlegame in which you are only a pawn up is key. Rook and one pawn versus rook endgames are notoriously drawish, so common sense says trade, but whether you should or not will again be determined by pawn structure. Rooks need open files.

When considering a rook trade to get closer to an endgame think position first, win later ! That means, don’t give up control of a file just to trade pieces. Sometimes a strategic advantage of controlling a file means much more than a point of material. A “brute force” way to decide whether to trade rooks or not is to simply calculate whether you can use an open file or not: can you double up and not be opposed, or can your opponent challenge you and “equalize” on the open file. A good technique to note here is finding an anchor for your rook: moving your rook up the file where it can be defended by a pawn, and, if captured, would result in a passed pawn.

Trading bishops is similar to trading rooks. The difference is that they operate on diagonals instead of files.

The same rules apply: pawn structure will determine  whether a trade is favorable or not. If your bishop is open and in the middle of the board, and your opponent has a dead French Defense piece on c8, don’t trade ! Even when material up. Again, ask yourself the same question when you imagine a pair of bishops being traded off: Did the position become easier or harder for you to play ?

One thing that should be noted here is endgames with bishops of opposite colors. In many of those endgames, in most, in fact, a single pawn will not be enough to win. Sometimes two, or even three extra pawns will be easily controlled and defended against because your opponent’s bishop has no counterpart on its color complex.