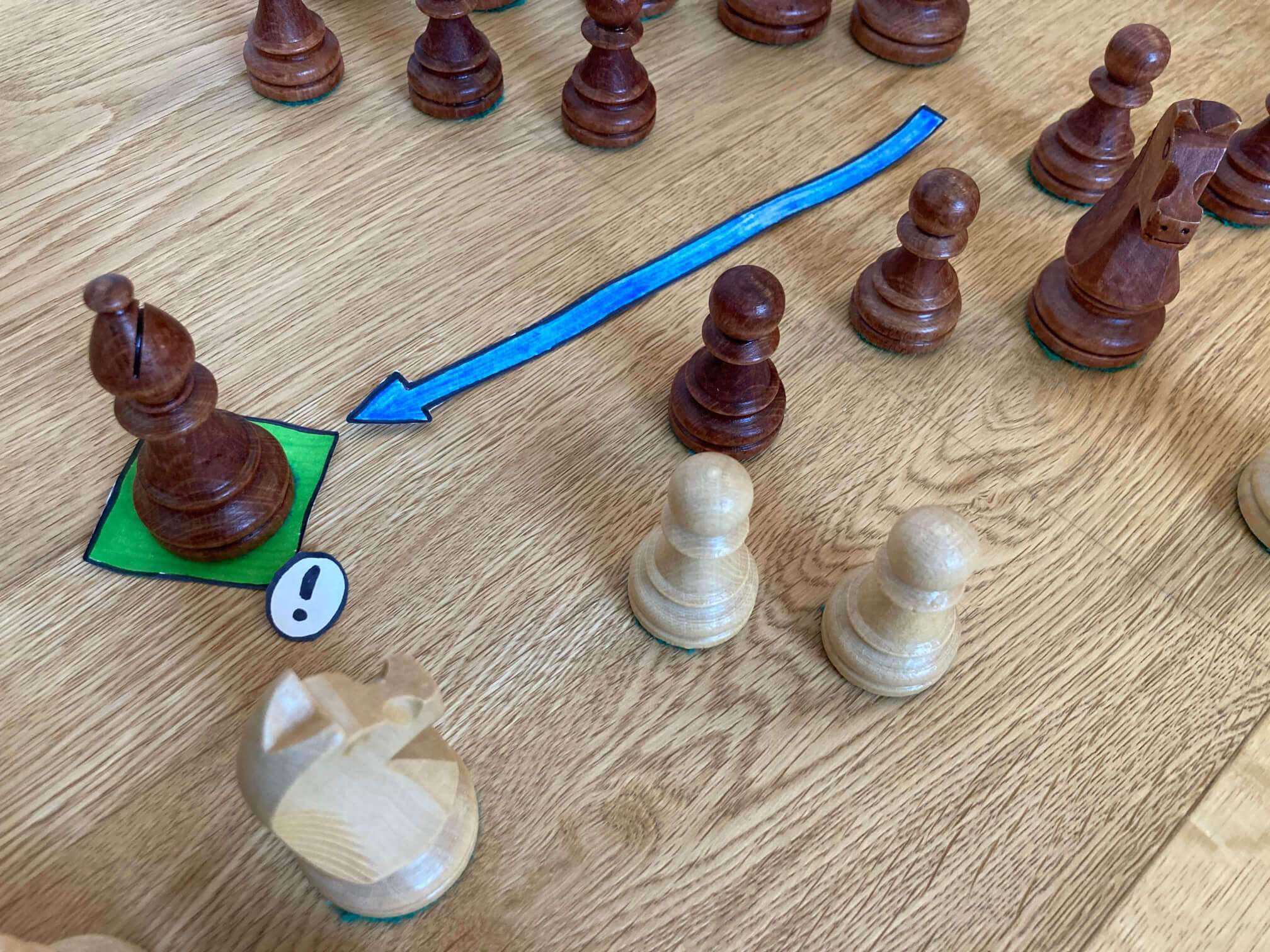 The MacCutcheon variation of the French Defense was played for the first time against the Steinitz by John McCutcheon in a simultaneous game. He defeated the world champion in what remains quite an upset. Let’s discover the variation that defeated a World champion !

As a reminder, if you haven’t checked them already, I recommend you to have a look to the other articles I made on the French defense, in case you are facing someone unwilling to enter this particular variation ! So, if White does not play 3. Nc3 we have:

If Black does not answer with 3… Nf6, you can get into:

Besides this, I will soon make articles on the rare Paulsen Variation Of The French Defense, and a couple of exciting gambits: the Millner-Barry Gambit and the Alekhine-Chatard gambit !

Introduction: The Rationale Behind The French MacCutcheon Variation

It all starts from the classical French defense 4. Bg5, where White has chosen not to play 4. e5 and go into the Steinitz Variation Of The French Defense.

And now, this is all about what Black decides to do about the pawn on e4 and the e4-e5 threat.

With 5… h6, Black is walking on thin ice: the attack on the Bishop compensates the attack on the Knight. At this particular point, White has a surprising number of reasonable moves, but only a subset of them are good !

Now there is a very important question to answer: what happens if White captures on f6, then g7, etc ?

Now, a big mistake for White would be to put too much hope on this pawn on g7. Black can capture it easily, and more often than not, it is White that ends up being in trouble.

This line is a good example of what can happened to unprepared opponents playing the French, MacCutcheon variation with White: if you don’t know what you are doing, things can go pretty bad pretty fast !

So how should White play this position ? We will look at two simple examples.

What to conclude about this 5. e5 line ? First, this is not winning on the spot for White, which is good news for the correctness of the whole French MacCutcheon variation ! This can also get tricky and very dangerous for White if they try to stick around the g7-pawn a little bit too much. Else, if White plays reasonably, this is a perfectly sound line after which everything remains to be decided.

Now, before jumping to the main lines of the French, MacCutcheon variation, we have to look quickly at two choices that do not bring much to White.

Those lines are clearly not the critical try, and cannot be recommended as they seem to give Black a very comfortable game.

It is clear that Bxf6 or Bh4 are not challenging for Black, hence White should refrain from playing them. Now we are going at the main idea after Black plays 5… h6: White retreats the Bishop !

Some Strategic Ideas For Both Sides

The “Greedy Line” where White captures on f6 is a bit specific in its moves and ideas. In most cases, White chooses to retreat the Bishop somewhere. Finally, we can discuss about strategic ideas, and not only variations !

First of all, let’s notice that the position is very close to a Winawer Variation of the French Defense.

Now, speaking about the specific position arising from the MacCutcheon variation.

But sometimes, Black is forced to capture on a3 before White even plays a2-a3. Those subtleties, where one move is good in a given context, but not needed in another one, make the MacCutcheon variation a tricky opening, where concrete lines matter a lot more than generic principles. As such, many traps are awaiting the player who does not know what he is going into.

This is how the position works in theory, now let’s look at the concrete lines after 5… h6. There are mainly two possibilities: Bishop to e3 and Bishop to d2 (Bishop to c1 is possible, but marginal).

Interestingly, although a bit different, they share the same strategic ideas. Another common feature of those lines is that they are quite forcing: during 5 moves for each side or so, you have very few opportunities to deviate and the lines are straightforward. For instance, the complexity of the Qg4 lines have nothing to do with the same Qg4 in the Winawer: what is a real landmine in the Winawer turns out to be a routine move in the MacCutcheon, which is good if you don’t want to memorize too many lines !

White Retreats The Bishop To e3

Now we are starting to look at the main lines of the MacCutcheon variation. Bishop to e3 is not as common as Bishop to d2, but it is probably as good !

Do you see how tactically sharp this line is already ? If you don’t know this line beforehand with White, you should probably not get into the 6. Be3 variation at all !

And after those moves, White will simply roll over Black’s position.

So Black has to play another move: g6 or g5 or Kf8. Whatever move Black chooses, a short castle becomes very unlikely and Black will use his own g and h pawns to attack the white Queen. Now, studying those three moves in detail is beyond the scope of this article, as many ideas are common between them, so let’s look at the (marginally) best one according to the engines: 7… Kf8 and see what happens from there.

In the line above, the end position is just the beginning ! It might seems like Black will just have a deadly attack, but White’s position is active enough to counterbalance Black’s activity.

But White has a more conventional way of dealing with the position, and we are going to check that just now.

In this position, White tries to build an attack on the black King, while Black has a very powerful and mobile pawn center. Chances should be about equal, but the position is very sharp and rarely ends up in a draw !

This line is an example of what you get when retreating the Bishop on e3: a sharp line, more or less forced up to move 12 or so, and in the end, a sharp but balanced position, that will soon become a race between two attacks.

The next chapter is about the retreat to d2, instead of e3, which is arguably the main line of the MacCutcheon variation.

White Retreats The Bishop To d2

When you look into the previous lines starting with Be3 and seen all the possible tricks Black can play with the Knight on e4 targeting c3, you could understandably choose to go for a simpler option, and overprotect c3 from the start.

One moment of inattention and you’re out ! Typical of the French, MacCutcheon variation. The move Knight to e4 that was very strong in the Be3 line is now a terminal blunder. But of course, Black can play it with the right preparation.

Now the question for White: do we recapture with the pawn or the Bishop on c3 ?

It is therefore clear that recapturing on c3 with the Bishop is playable but wastes too much time.

At this point, opening lines finally start to diverge a little bit.

It is rare that we go that far in a line, but the lines in the French, MacCutcheon variation are straightforward with very few branches, which means that we can push the analysis a little further than usual.

Bishop to d2 is a very rich line, and you will get an interesting position to play with both colors. Note that if the final position does not suit you with White, you can also play dxc5 along the way and get a completely different type of attack. Black has every reason to be happy of course: they got a playable position with attacking chances as well !

The lines 6. Be3 and 6. Bd2 are the main lines of the MacCutcheon and they are really rich as they articulate key strategic concepts of the French defense with sharp tactical play.

If White Does Not Play e4-e5

Now that we have said all that, we have covered the main lines of the MacCutcheon, the ones you will play 90% of the time. And we need to have a quick glance at a few sidelines too.

White encounters more or less the same dilemna in the Winawer variation: e4-e5 is a very good main line, but obviously Black came for that so why not try to sidestep Black and play another move. And this is actually a very decent choice in the Winawer, where all those “without e4-e5” variations give White something to play for.

Here, on the contrary, refraining from playing e4-e5 is questionable, as those lines barely give White equality, with often a very sound position for Black. Yet, at least White is surprising Black who gets more chances to go wrong !

So, can you play this with White ? Sure, it may surprise Black and after all, you might get a good position. But honestly, there are too many ways to play this correctly with Black, and in the end, this is probably not enough.

Should you play this with White ? Why not, if the final position is your cup of tea: open position with Queens on the board, asymmetrical pawn structure. You may end up with opposite castles and a very sharp game. Of course, at this point, White cannot claim any advantage !

And now White recapture on e4 with an excellent position and a small but very real advantage !

So we just play a game from this point and both sides have a shot at winning this. Again, playing this line or not really comes down to the following question: do you like to play this kind of positions ? because of course there is plenty of play left and nothing is decided.

As the title suggests, it is not White’s best attempt.

So what does it mean ? Apart the moves 5. Ne2 and maybe 5. exd5 that are giving White equal yet playable positions, the critical move to play for the advantage is really e4-e5. The sidelines we just saw are rare anyway and most of your MacCutcheon games will feature the move e4-e5 anyway !

The MacCutcheon Variation Of The French Defense: Conclusion

Some decades ago, this opening had the reputation of being somehow borderline and risky. Yet, it has passed the test of time (and Chess engines !), and the lines that seemed unsound for Black are in fact holding. Of course, defending on the black side against all the Qg4 lines is not always easy: when you are under such pressure, you cannot play one weak move !

But there is an interesting point in the MacCutcheon: at amateur level (let’s say below 2000), people with the white pieces are just not playing this opening that well, and it is quite easy to remember the lines with Black. That is why all in all, this opening can be considered a very good choice for Black ! 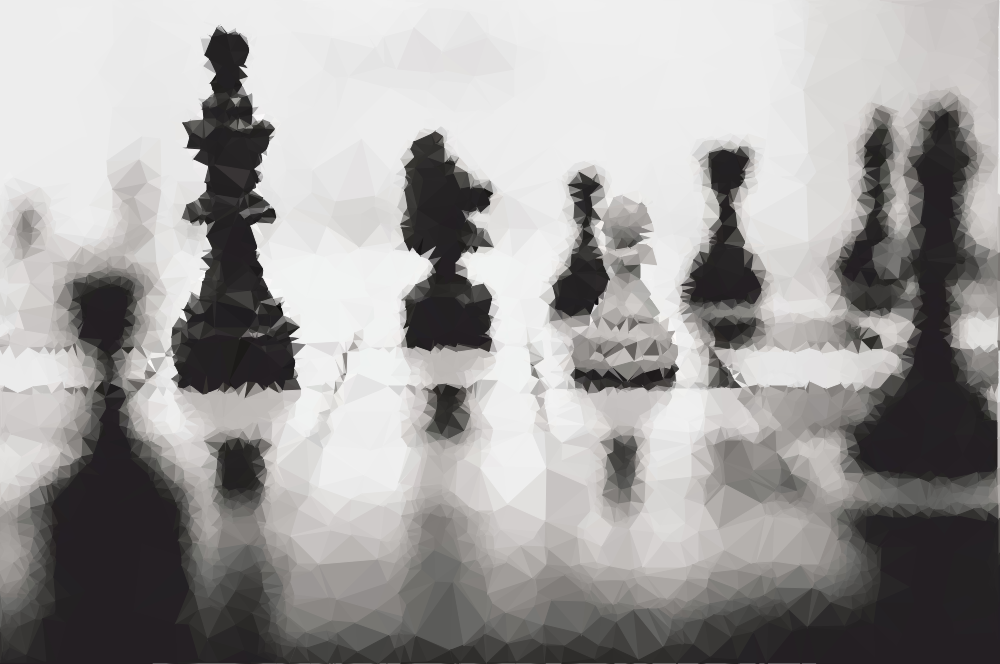 This is the second article about opening principles for beginners. The first one was about controlling the center and this is of course really important. Now the next question arising in this phase of the game is how to develop your pieces harmoniously. This is the topic of… 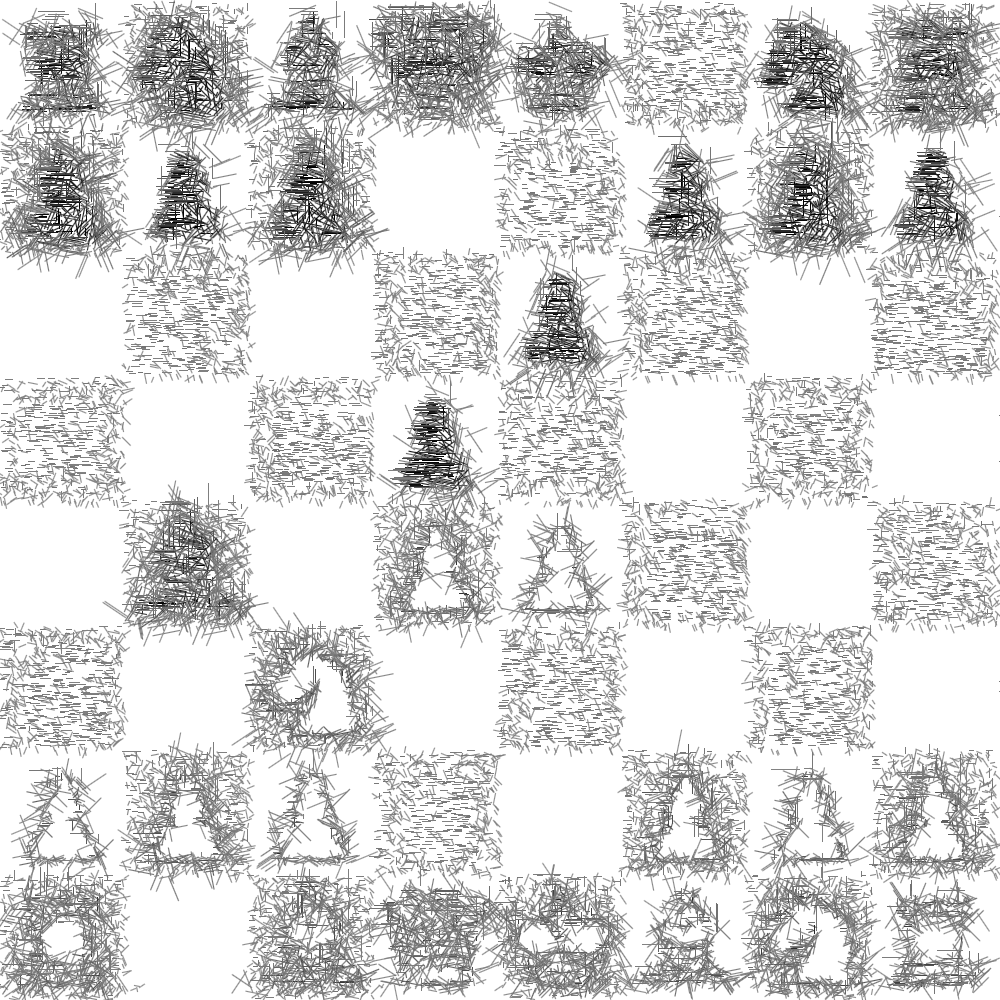 It is time to speak about the Winawer variation of the French Defense ! How to characterize it ? Clearly, it is a razor-sharp opening, with a lot of crazy complications. So if you like to play complex lines in which each move is a matter of life and death,...